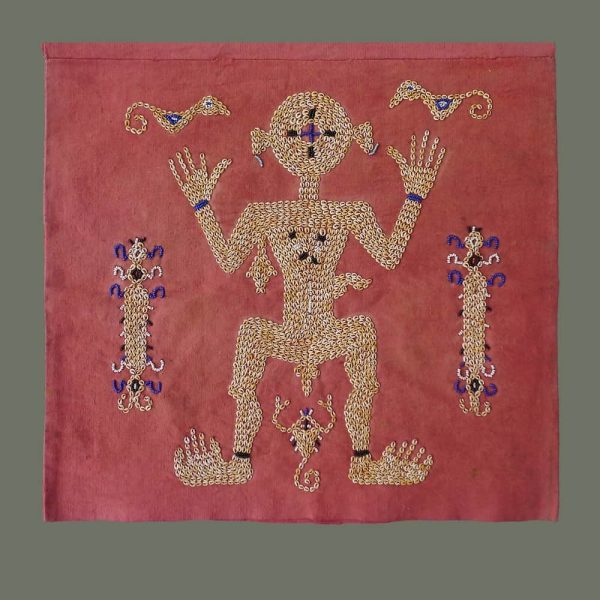 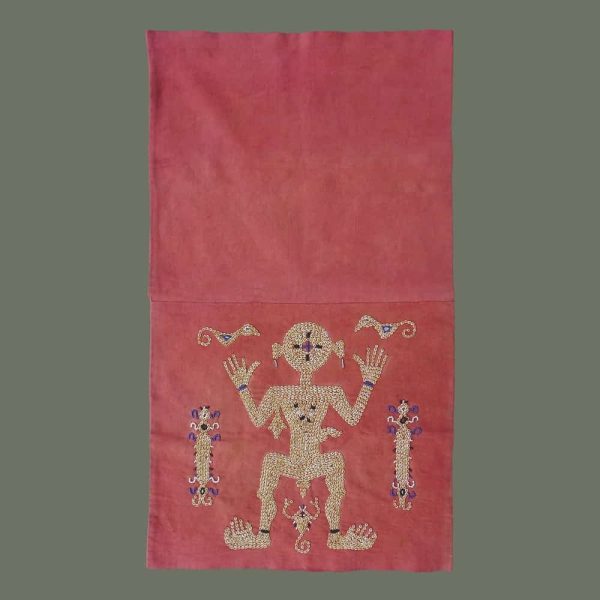 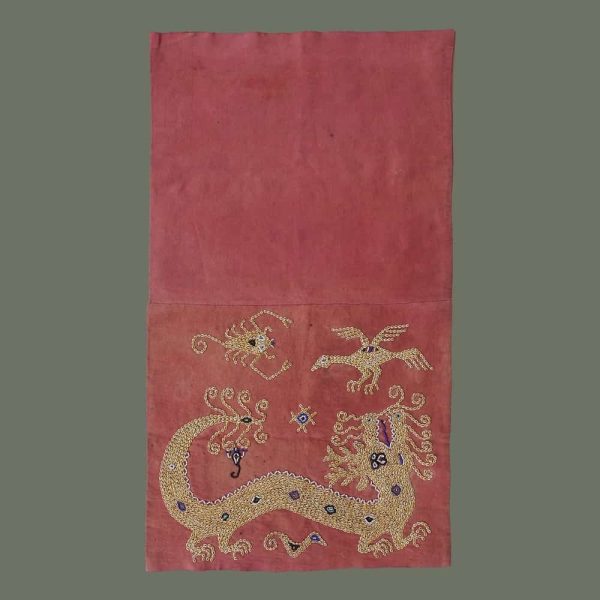 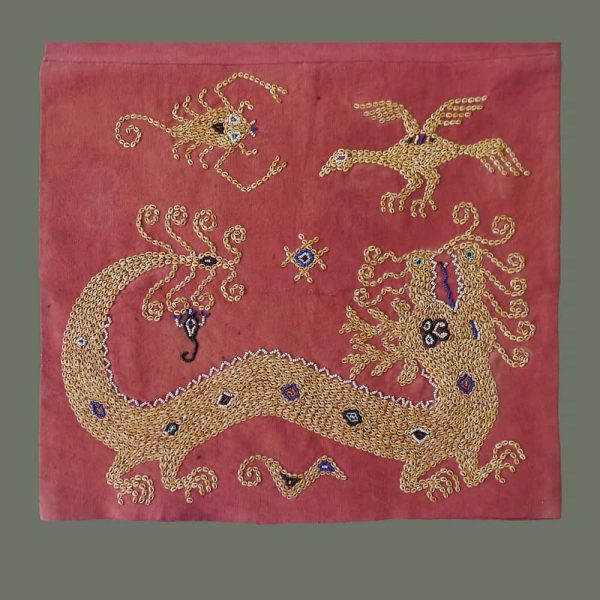 Handsomely embellished with ‘nassa’ shells and beads on both sides, this type of skirt (‘lau wuti kau‘) was worn by noblewomen for sacred ceremonies and would have been decorated by a skilled artisan who specialized in the use of beads and shells for these special designs. The imagery is traditional and quite powerful: a figure, probably representing an ancestor (‘marapu‘ – usually male and important as intermediary in communications with the gods, as well as being a guardian/protector figure), is well-defined and rendered, and is flanked by detailed centipedes and seahorses, with a scorpion threatening the genitalia. On the other side a dragon motif was probably derived from imported ceramics and is surrounded by a bird, scorpions, and a seahorse. Made of two panels sewn together horizontally, the skirt forms a tube with a vertical seam on one side. Condition is excellent, tho the background color is a bit faded. From the 20th century, this exemplifies the continuation of production of fine, traditional textiles on Sumba. A similar one is included in the collection of the Museum Nasional in Jakarta. This makes a great display piece with each side decorated with different imagery.