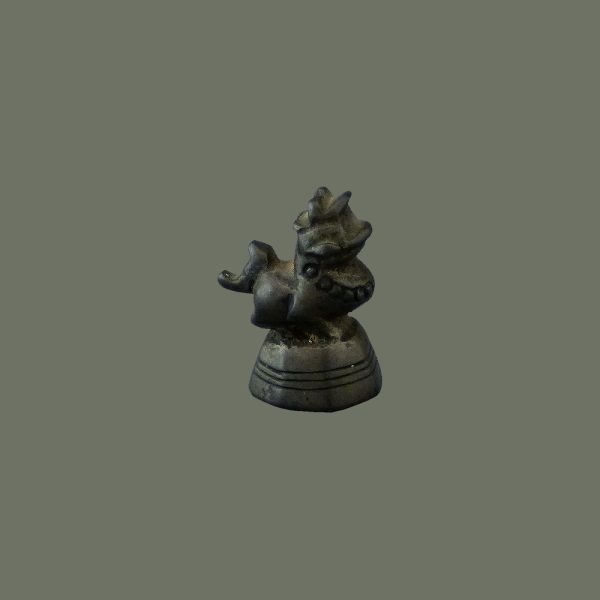 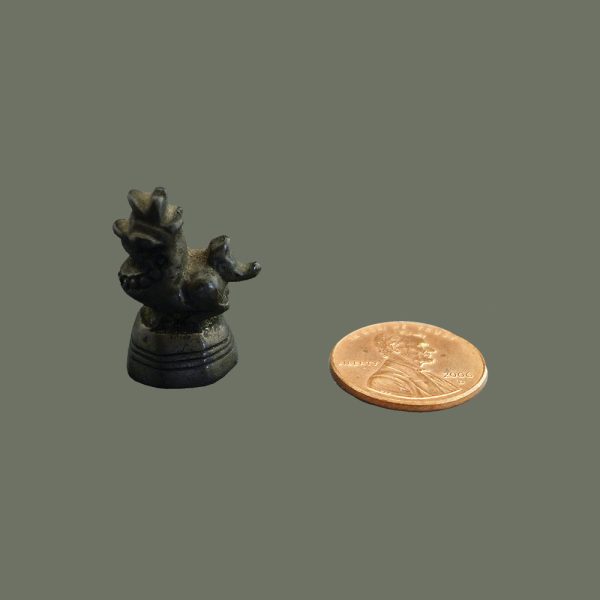 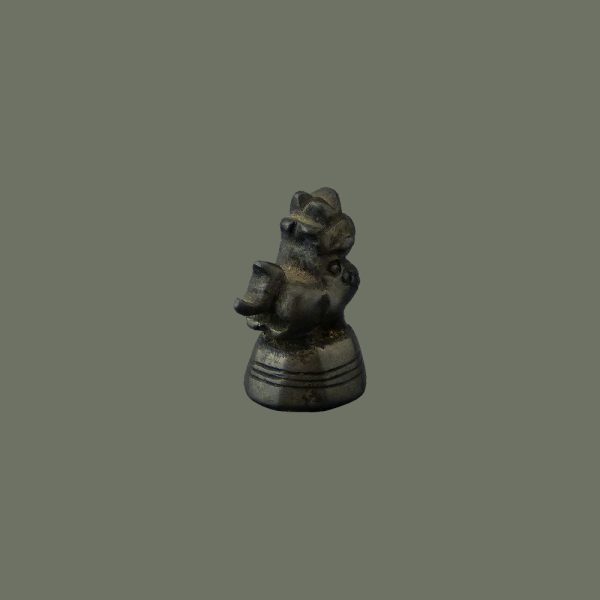 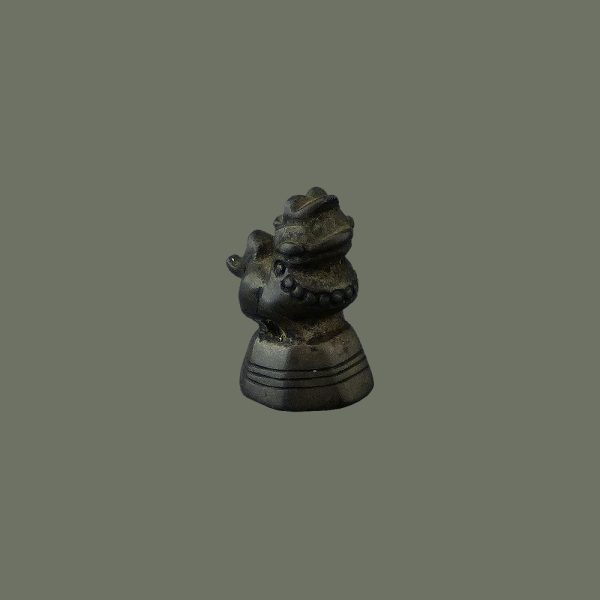 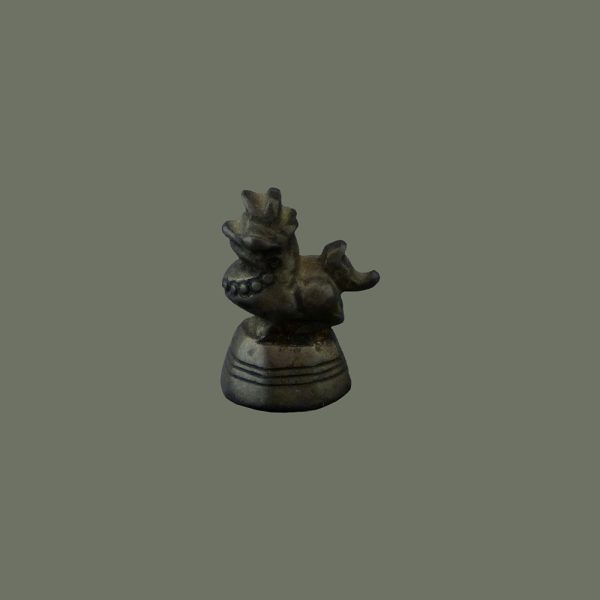 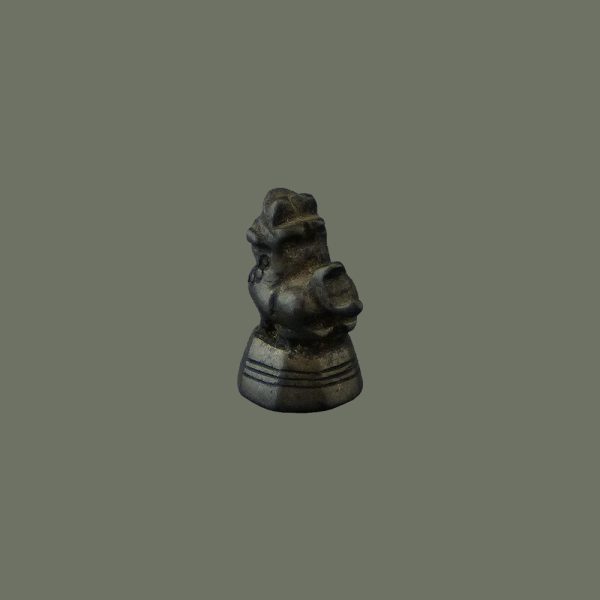 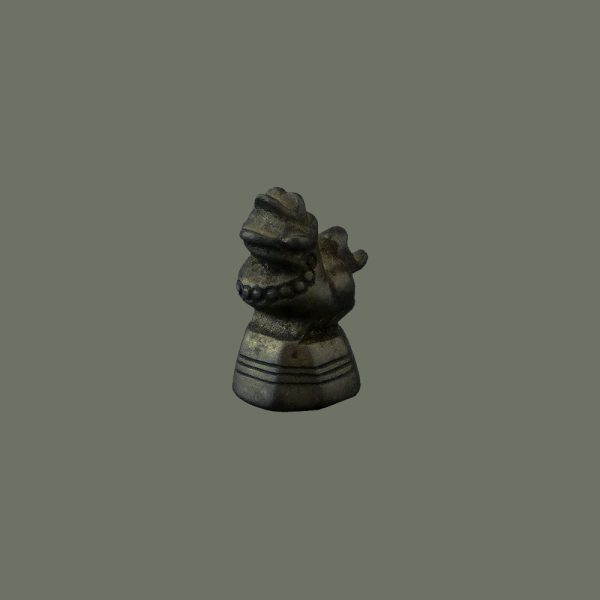 From Burma, this authentic bronze weight is in the form of the mythical beast called a ‘chinthe’ in Burma, or lion/dog – these are also known as “beast” weights. (In Thailand it is known as a ‘singh’.) Such weights are commonly called “opium weights”, but were actually part of a standard system of weights and measurements used for all manner of goods, and officiated by the king and government at the time. This one is a different rendition as ATW146 and has the charming detail of a string of ‘beads’ across its chest – perhaps it’s a ‘lady chinthe’. Dating from the late 18th-early 19th centuries, it is a very small-sized 1 tikal weight and weighs 15.5 grams. This size is rare as they are easily lost. The base is octagonal and has no markings other than three horizontal bands encircling the base. It is nicely rendered for its tiny size and pairs well with ATW146, which could be the male version of a chinthe.