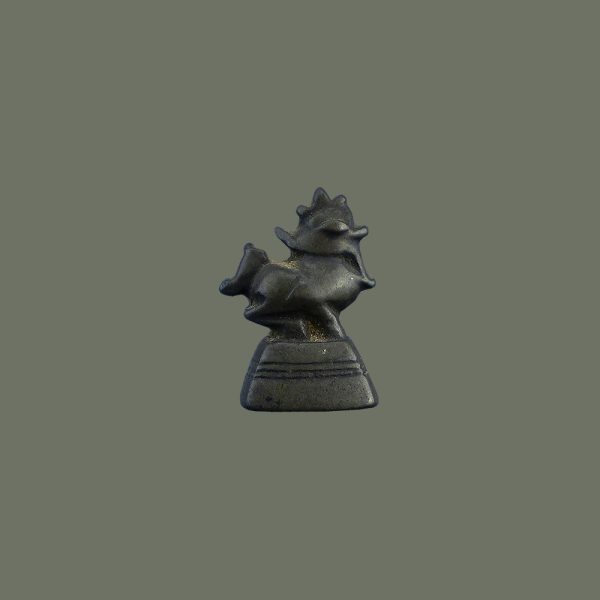 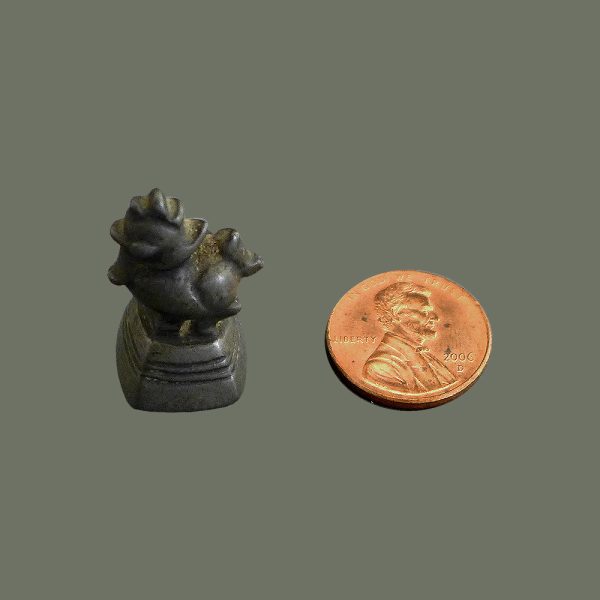 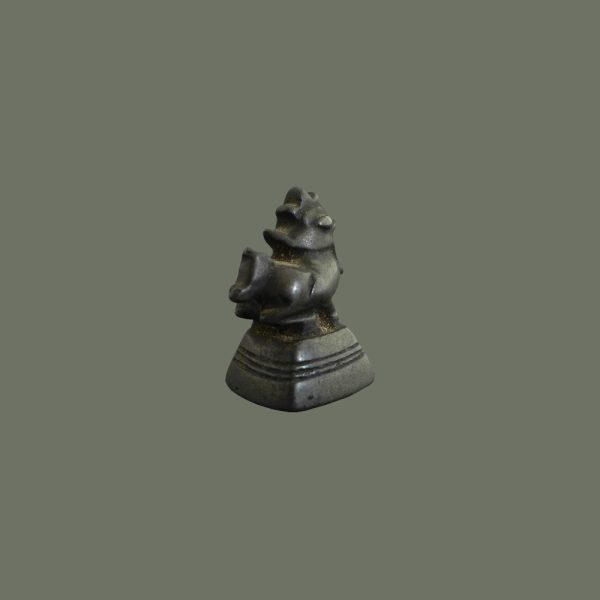 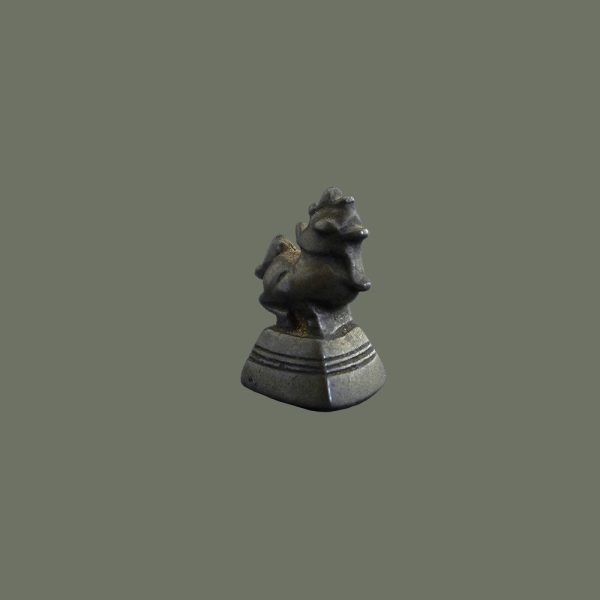 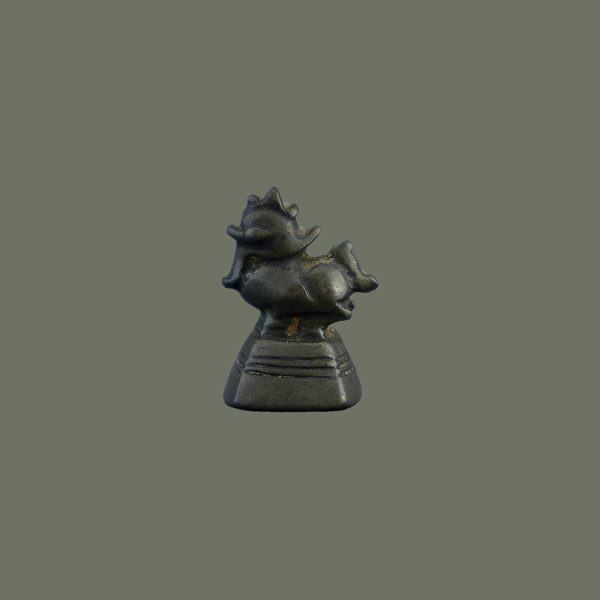 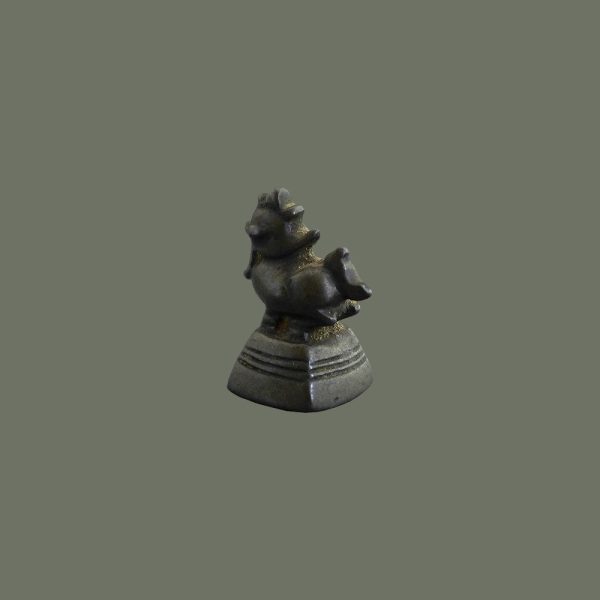 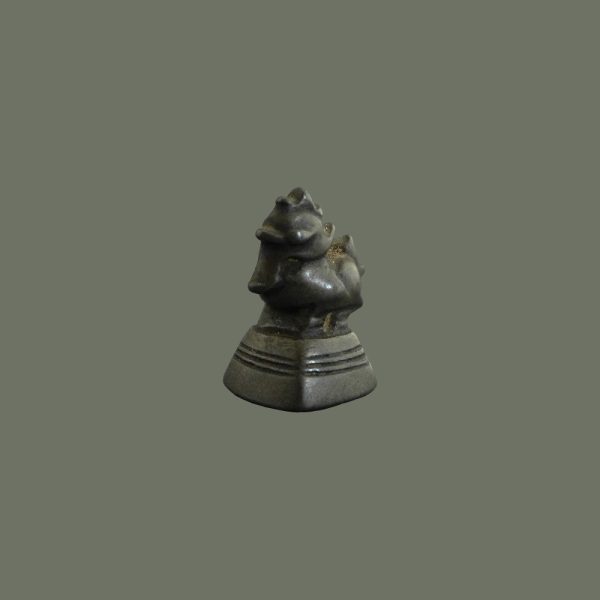 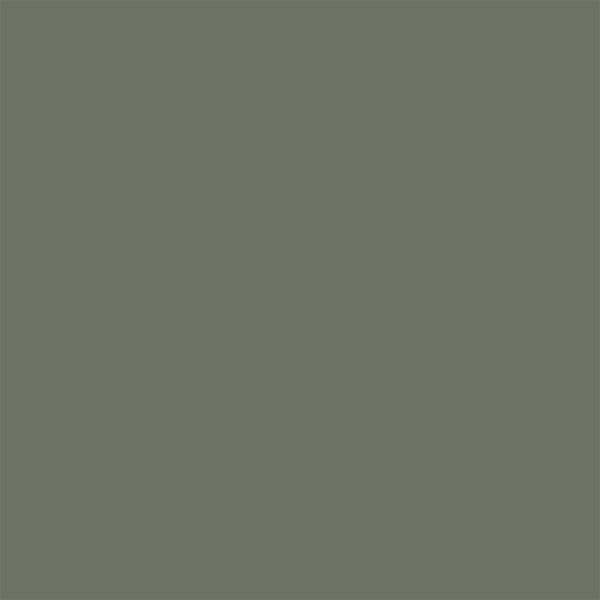 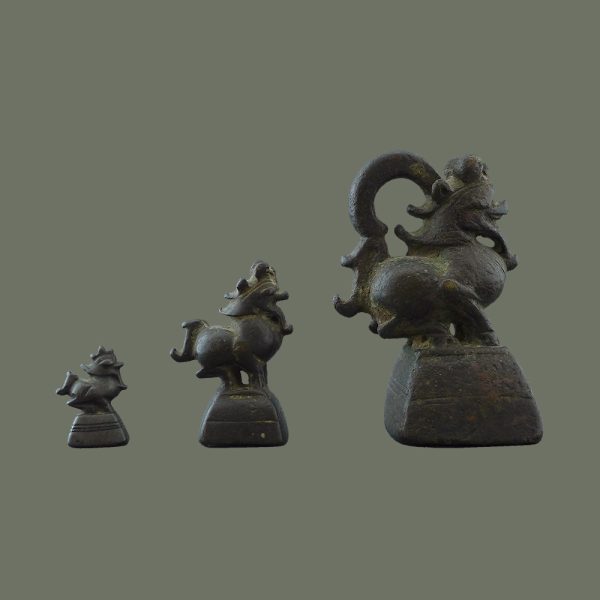 From Burma, this authentic bronze weight is in the form of the mythical beast called a ‘chinthe’ in Burma, or lion/dog – these are also known as “beast” weights. (In Thailand it is known as a ‘singh’.) Such weights are commonly called “opium weights”, but were actually part of a standard system of weights and measurements used for all manner of goods, and officiated by the king and government at the time. Dating from the late 18th-early 19th centuries,this one is a very small-sized 1 tikal weight and weighs 16gm. This size is rare as they are easily lost. The base is square and has no markings other than three horizontal bands encircling the base. It is nicely rendered for its tiny size. There is also a bit of encrusted dirt which we have not removed. It would be nice as part of a trio with ATW309 and 310: Papa Chinthe, Mama Chinthe and Baby Chinthe…a family of chinthe! In fact, they may have all been part of the same set, but we cannot be sure.