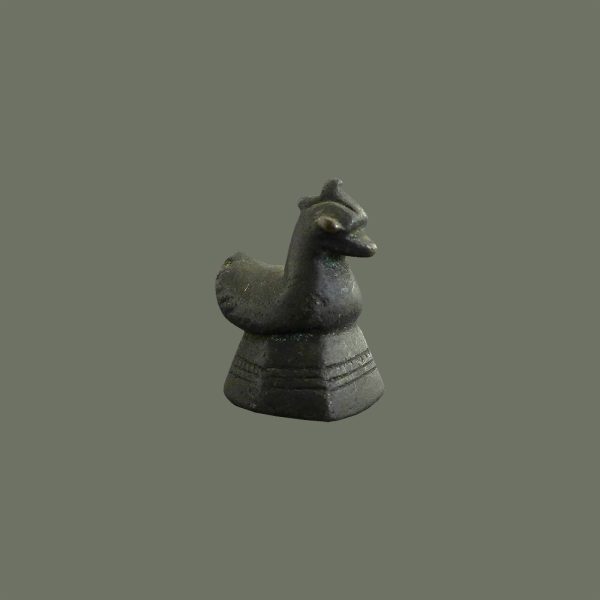 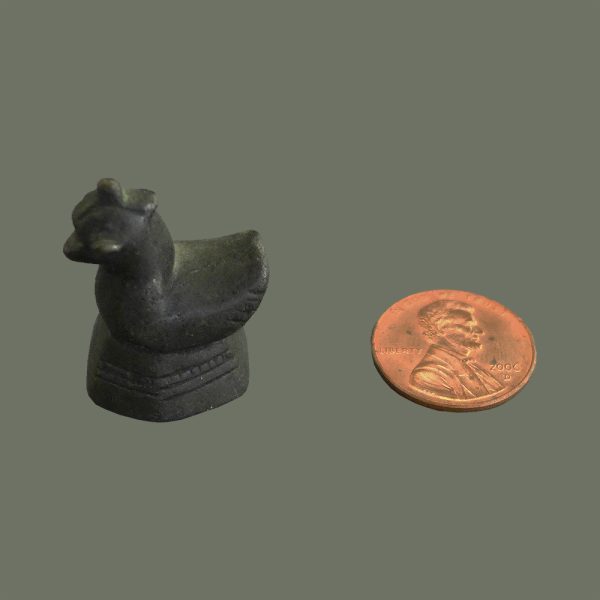 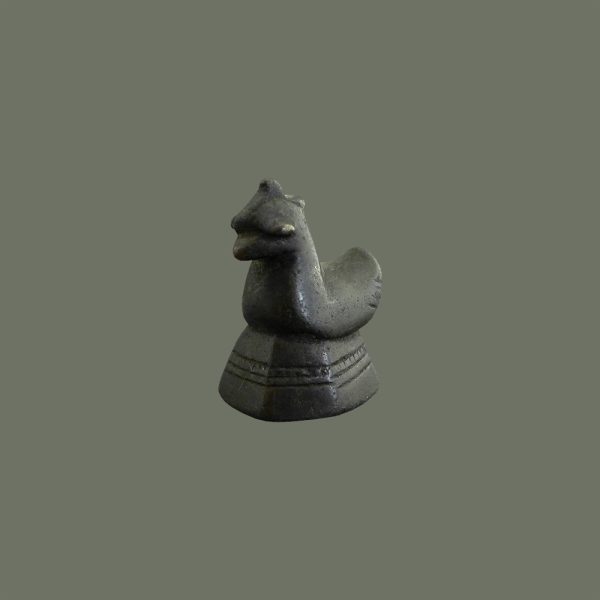 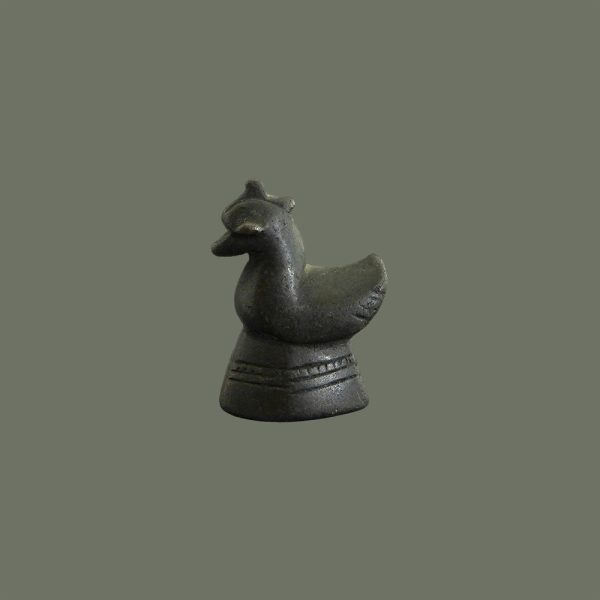 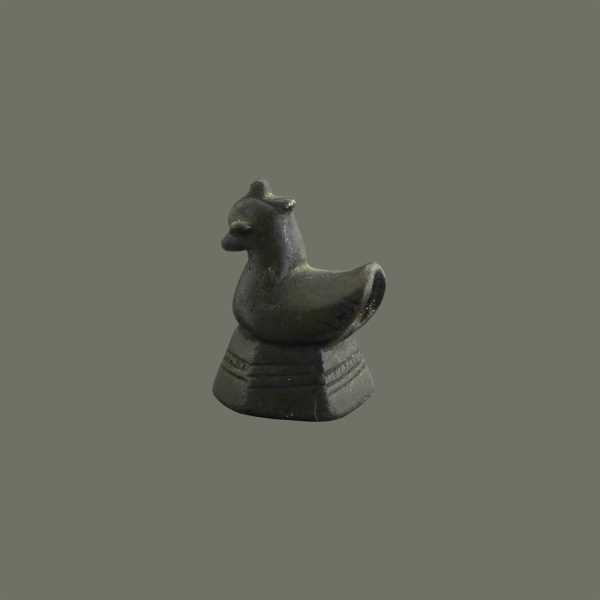 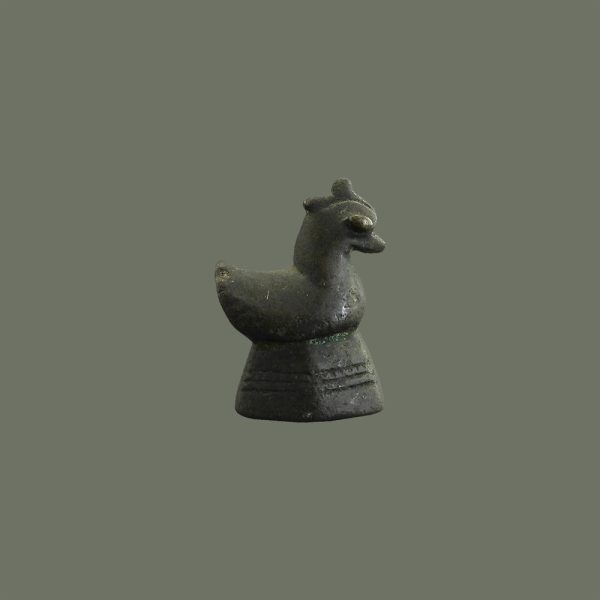 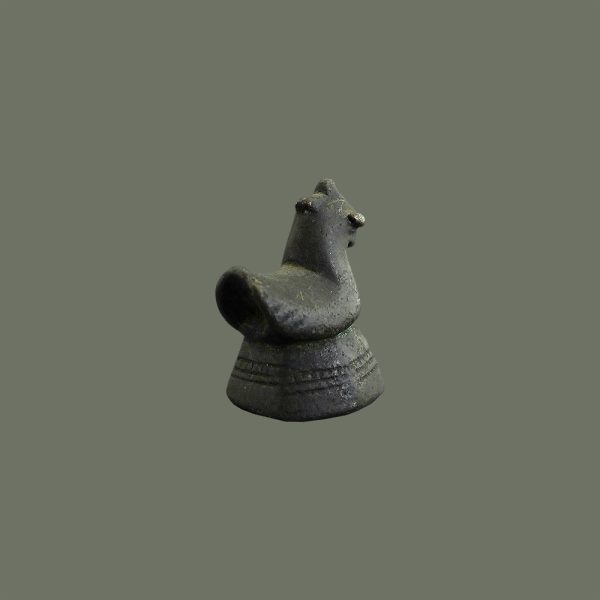 This 2 tikal weight (30.5 grams) is in the form of the mythical bird called a ‘hintha’ in Burma. Such weights are commonly called “opium weights”, but were actually part of a standard system of weights and measurements used for all manner of goods, and officiated by the king and government at the time. Dating probably from the second half of the19th century, this one was very likely produced by Shan metalsmiths, who were known for their fine weights. The base is hexagonal and three horizontal bands encircle the base. Details include: two crests on the head, a U-shaped tail, elegant shape, a dark silver/grey color. This is a good authentic example of this type in a small size that is less common than larger examples.